The CWF project’s main focus is wildlife law enforcement around Hwange National Park, Zimbabwe. The periphery of the park is a ‘buffer zone’ of state-run forest areas which are used for photographic tourism and some safari hunting. These areas are infiltrated by bushmeat and ivory poachers but this can be successfully countered by well organized anti-poaching ground patrols backed by an intelligence network. 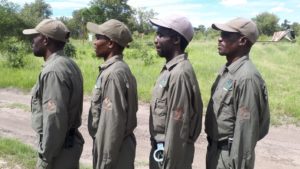 Fifteen rangers are organized into three anti poaching units (APUs) whose provisioning includes basic food rations to operate on foot patrols for up to a week at a time in the remote bush environment. The funds received from Safari Pros kept the ranger force provisioned with basic food items for three to four months, either at their base (as a quick reaction force to be deployed by vehicle) or out on foot patrol.  The funds also covered the cost of their uniforms. 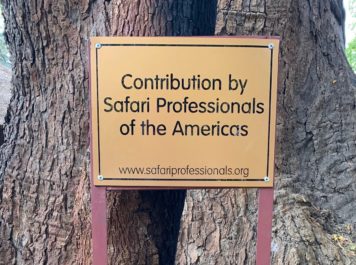 Up Next:
Commit to Clean Water, Zambia Read More